Mark West is a PX4 developer based in the US. He is an active member of the PX4 volunteers team. You can find him on Github, Linkedin and some of his project demos at https://telemething.com/. 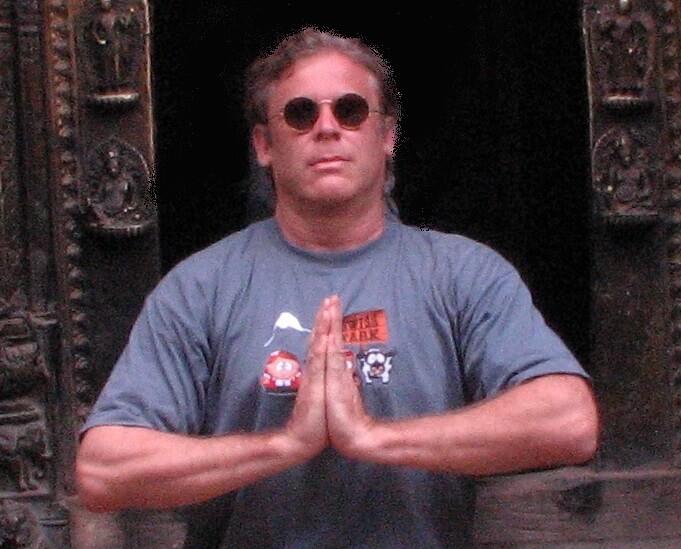 A hobby project: A UAV with an onboard computer which used vision to avoid colliding with objects while in flight.

I’m working on an autonomous UAV for search and rescue, including control and 3D visualization on a HoloLens.

I have a computer engineering degree. I spent a few years in a US DOD R&D lab making various things before moving into the private sector. I have spent most of my career on various security, enterprise, and Azure stuff at Microsoft.

I’m no expert compared to some of the talent contributing to PX4, but I do some stuff with drivers and Mavlink. I ported PX4 into a ROS based translator which lets you control DJI enterprise class drones with Mavlink and QGC.

I was involved in the development of an underwater autonomous vehicle which could emit the sonic signature of a submarine. This was used as a target for torpedoes to chase. It was 5 meters long battery powered torpedo which towed a 150 meters long array of hydrophones. We would launch it from the side of a ship and It would run a preprogrammed course underwater.

What is your current favourite setup for development kit?

We heard you have a complete hardware lab at home, can you share with us your “remote” setup? 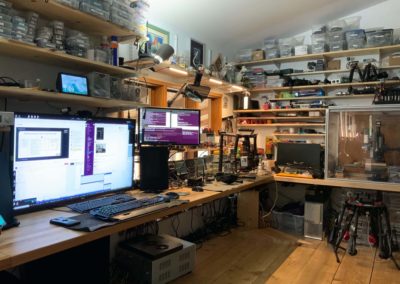 This is an overview from one angle. On the right you can see a CNC mill which I use to fabricate parts, mostly from carbon fiber. Under that you can see a DJI M600 (I have some PX4 drones not in view). To the left of that on the bench you can see a LIDAR in a gimbal, a HoloLens, and a Jetson Xavier. To the left of that is obviously some monitors. The big silver block under the monitors is a Krell amplifier, I take music seriously and almost always listen while working. Off screen are some computers, an SMD oven, and more storage. 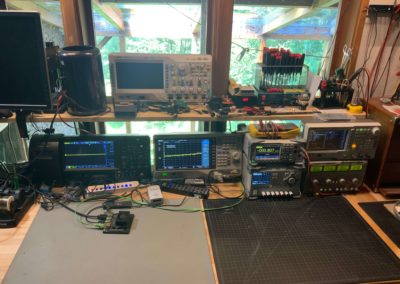 This is the electronics bench. I can do any kind of digital, most kinds of analog, and some limited RF work. 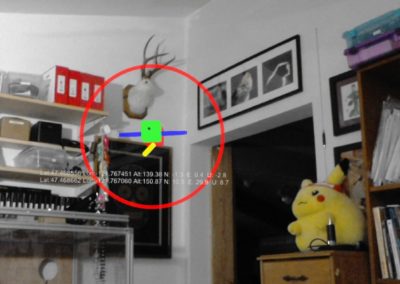 This is a clip of an MR visualized drone flying in my lab (PX4 SITL connected to Airsim simulator) taken from a Hololens. 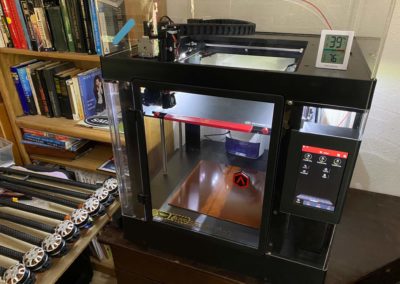 This is of course a 3D printer as well as some motors for a big PX4 octo on which I am working. 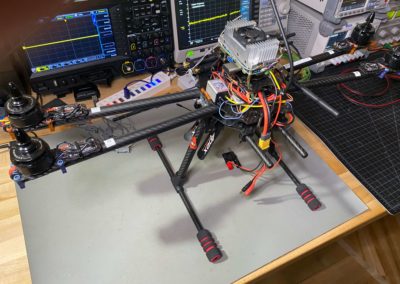 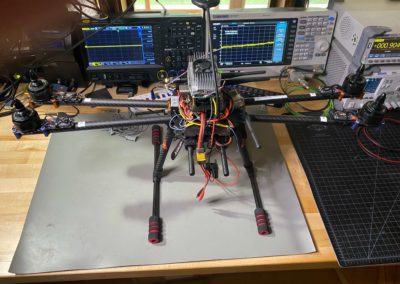 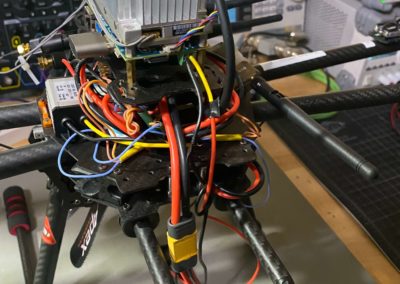 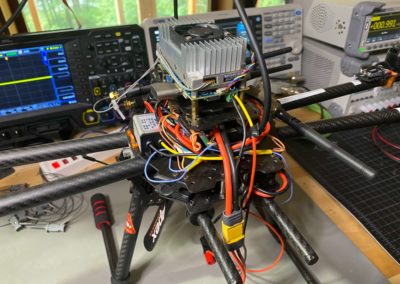 I was born in Nuremberg. I grew up mostly in the US, often spending summers in Germany.

Figure out what your ultimate goal is (other than be a PX4 expert), otherwise you may be overwhelmed. Accomplish some key sub goals in order: I suggest: making a build, running a simulation, debugging, and log analysis in that order. Take the time to learn PX4 architecture before editing the source. At the same time: join the community, volunteer, and contribute when the time is right.